If you do photography for pleasure, chances are that you mostly do it outside. That is my normal approach too, and I enjoy finding interesting subjects to shoot almost as much as actually shooting them. But there are times (more like “extended periods” where I live) when the weather simply will not accommodate my standard routine. We have a “rainy season” in around June that can easily obliterate the entire month. Then there’s typhoon season in September that, in a bad year, can see one typhoon after another leaving paths of death and destruction across the islands. This year has been a bad one. So what do we do (other than shopping for more photo gear that we don’t need online) when the weather won’t cooperate?

My standard response is to shop for more gear that I don’t need, but this year I started a “Still Life Project” that will hopefully keep my trigger finger on the shutter button rather than the “buy” button. I have some basic lighting gear, so I was able to get right to it rather than having to (you guessed it) apply my trigger finger to buying more stuff.

In my role as “creative director” I have spent many, many hours in photo studios attending shoots for a variety of projects, so I have a feel for the basics, but it is quite clear that there is a great deal more to be explored and learned when I have to actually do it all myself. Lighting is fascinating, and I’m quite sure that a firmer grasp of how light works in the studio will come in handy when using the big light in the sky, and all the little diffusers (a.k.a. “clouds”) that often come into play.

Here is my first offering, a random collection of stuff shot with just one 60 cm x 75 cm softbox and cleverly named “Still Life 1.” (There is a larger version in the Gallery.) 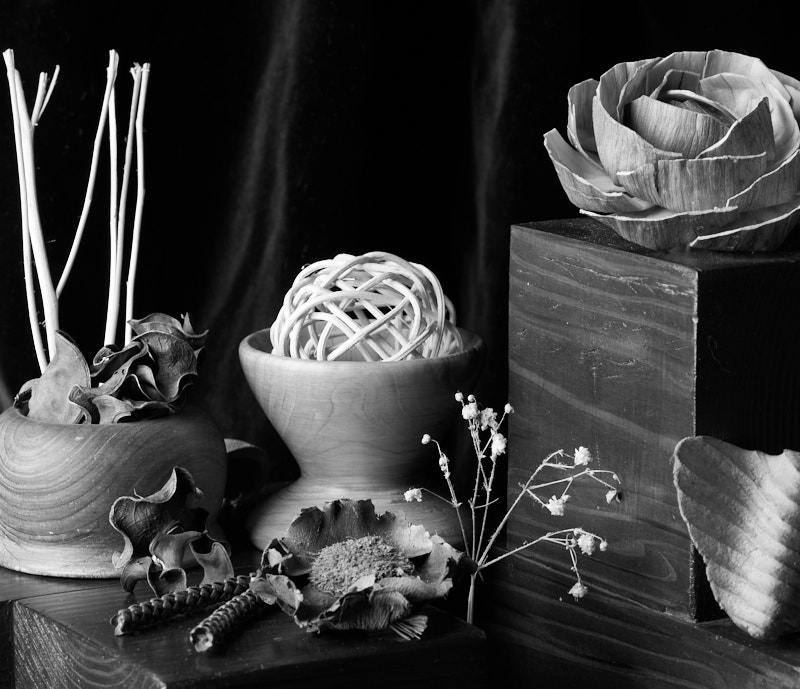